His work as a composer is primarily focused on algorithmic methodologies, indifferently in the electro-acoustic and the instrumental field, and in music notation generation.

His compositions have been performed at the Logos Foundation and commissioned by the Trio Percussion OSN Rai of Turin and the Milano Musica festival. Among his works, multimedia installations (Machina logotelica and Scripta Volant, Milan Design Week, 2012-3), and music for the theater. Since 2010 collaborates with Marcel·lí Antunez Roca, particularly Cotrone (2010, Turin, Girona), Pseudo (2012, Barcelona), Ultraorbism (2015, Barcelona, ​​Tokyo) and Alsaxy (2015, Strasbourg).

With the improvisation collective AMP2 (now IVVN) he has released the album “Hopeful Monster” (Die Schachtel, 2010).

Since 2008 he develops projects that include computer-controlled electromechanical devices, typically using low cost and scavenged materials, to be used  both in the context of performance/improvisation and installation.

Recently, he has worked on  the digital implementation of “Musica per un anno” by Enore Zaffiri, available on Mazagran (2017).

He is a researcher at the University of Turin, and teaches Semiotics, Theory of audiovisual and Audio and multimedia at the DAMS (Performing arts). 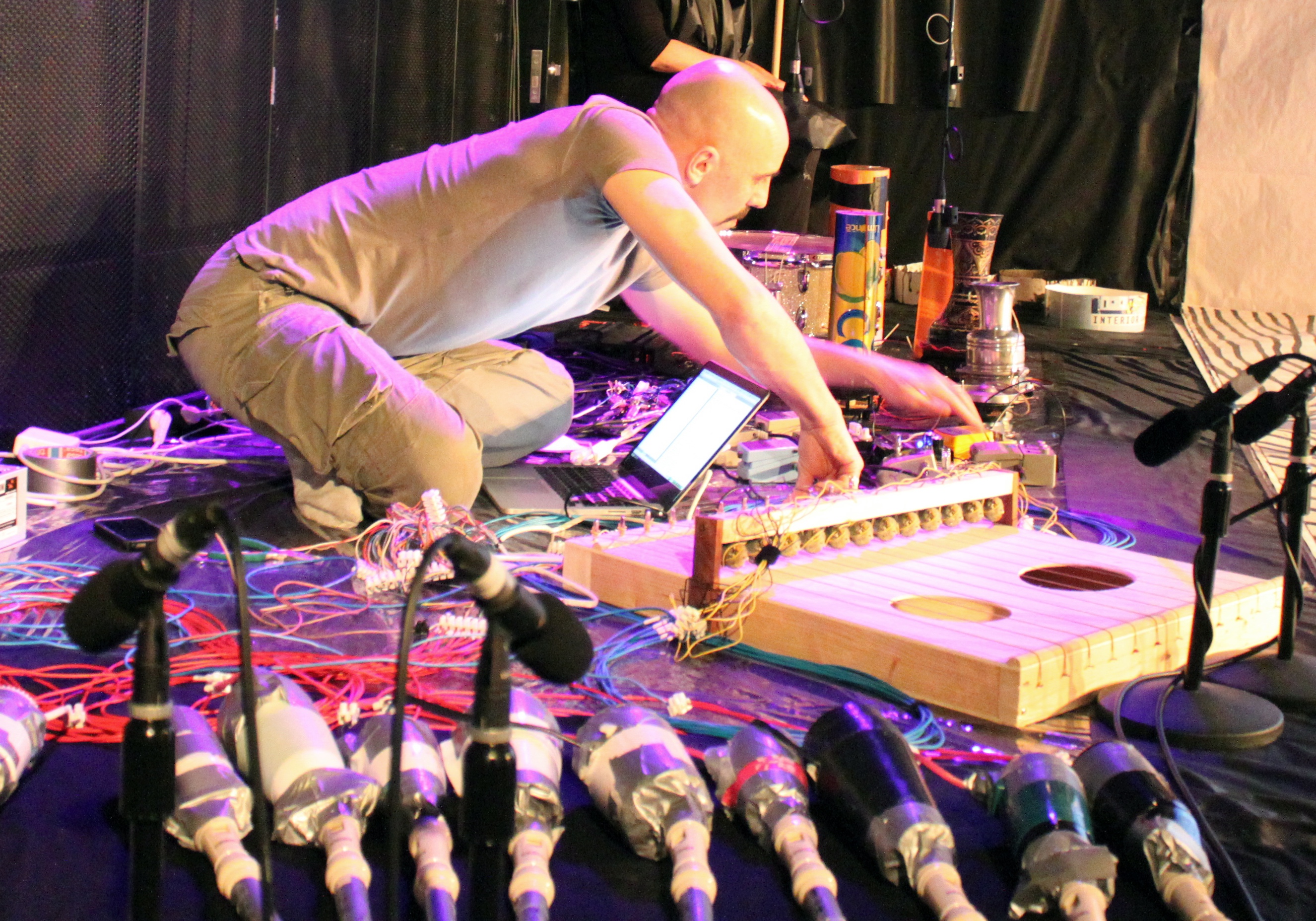