04 Midnight at the Oasis

09 Sympathy for the Devil

Recorded, mixed and mastered in AG Studios Roma, October 2016, by Pierangelo Ambroselli
Thanks to the Solitunes crew Stefano Risso, Francesco Busso, Alessandro Viale, and especially to my friend Federico Marchesano
A warm-hearted thanks to Elaine Fine, for her irreplaceable help to this project 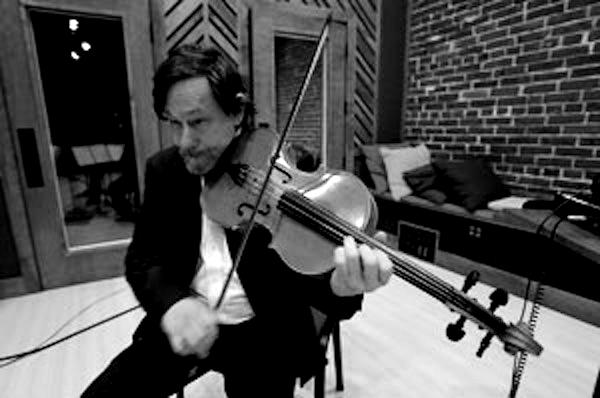 Marshall Fine was born in Cleveland, Ohio in 1956. He began studying the violin in 1963 with his father, Burton Fine, the former principal violist of the Boston Symphony Orchestra. He continued his studies in viola, composition, and conducting, at the University of Massachusetts and at the University of Michigan, and received his DMA in 1990 from the University of Memphis. He studied viola with Julian Olevsky, Francis Bundra, and Judith Nelson, studied composition with Donald Freund, and studied conducting with Alan Balter. He began his career as the principal violist of the Savannah Symphony and the Dallas Opera orchestra, served as the Assistant Principal Violist of the Memphis Symphony Orchestra, and was a charter member of the Memphis-based IRIS Orchestra.

Dr. Fine was a versatile performer and conductor who played violin and viola with equal facility: one of the few 21st-century composer/performers to do so on a string instrument. In 1995 he was named Memphis Composer of the Year. His music is neoromantic and integrates all serious and popular styles into a whole, viable, personal style. After Marshall Fine’s untimely death in 2015 his family entered much of his music into the IMSLP, where it can be easily and freely accessed, performed, and recorded. 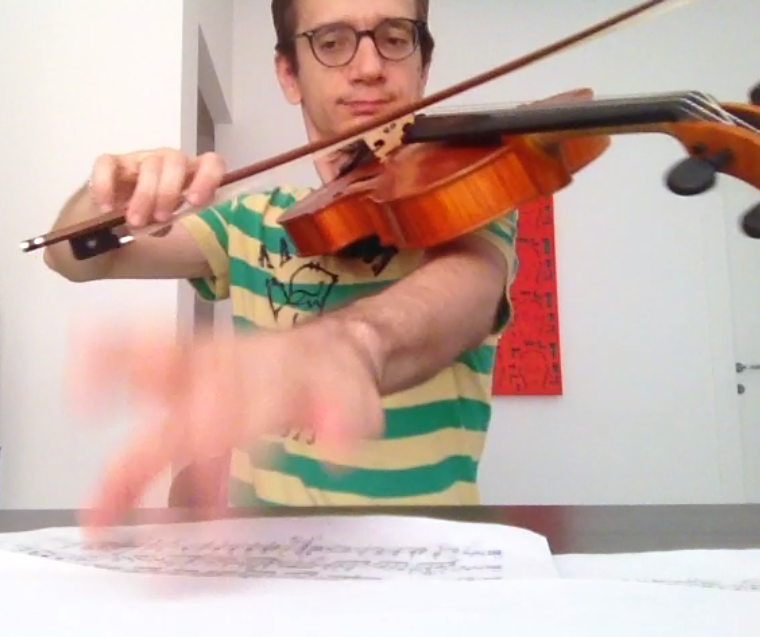 Born in Milan in 1972, in addition to his work as an orchestra violinist, he has always devoted himself to the study and practice of contemporary music, as a member of the Ensemble Dissonanzen, a chamber music ensemble present since 1994 in the Italian area, and also as a soloist.
Daniele Colombo some years ago started an unusual activity: searching the web for often unpublished violin and viola solo scores, recording and publishing the music on his YouTube channel, in order to explore the expressive possibilities of his instruments and discover new musical languages.

1. Big Hunk of Love. Elvis Presley’s original strophic form (6 verses) is compressed into a small rondo form, of which the second episode is expanded and made to modulate down by minor thirds. (C major)

2. The Crystal Ship. The Doors’ original ABA form is retained, but the middle section is expanded and modulates upward through A minor and C-sharp minor. (F minor)

3. I’m Your Puppet. The song is redone entirely in pizzicato, with back-and-forth strumming, left-hand pizzicato, and even rasgueado included. Its break section is repeated and expanded into a four-voice fugato. (B-flat major)

4. Midnight at the Oasis. I compressed this song into a brief study in bowing dexterity, transforming the chorus into the middle section of an ABA form. (E-flat major)

5. Black Hole Sun. I actually combines Soundgarden’s hit (expressing my own depressed state) with a double-time middle section based on the TV cartoon series Space Ghost (whose power bands were said to draw energy from black holes). The texture recalls somewhat the Prelude from the Bach Cello Suite #4, with a wealth of polyphonic voicing. (A-flat major)

6. Sunshine Superman. Donovan Leitch’s early hit is converted into a study in legato playing, written out in two canonic voices. In the middle section it abruptly changes style and indulges one of my favorite devices, developing Donovan’s theme by interval expansion. (C-sharp major)

7. Immigrant Song. This is my satiric reply to a snub by the Boston Symphony Orchestra (judging by its subtitle “Die Ansell-Ausfall”). The original strophic form is overhauled into a sonata-form seething with fury from Shostakovichian intonations and quotes from the audition repertoire which are violently disfigured and marked with sarcastic interpretive directions such as antibrahminoso, telemaikovskiando, and estatenotturnospasmiando. (F-sharp minor)

8. Sixteen Tons. Tennessee Ernie Ford’s hit is converted into a phantasmal scherzo and trio, a study in spiccato and jeté bowing. Its trio is actually based very loosely on Napoleon XIV’s “talked” hit They’re Coming to Take Me Away. Could this combination of themes reflect my denunciation of society driving people insane. (B minor)

9. Sympathy for the Devil. The Rolling Stones hit, instead of remaining in E, is converted into a moto-perpetuo that cycles through the keys, a modulation accomplished by a bridging tone-row itself designed to modulate along the circle of fifths. This is undoubtedly the most outrageously difficult etude of the cycle. I’m not saying who my “devil” is, but I obviously have no sympathy for him here. (E major)

10. My God. This may be my official declaration of atheism. I made over Jethro Tull’s original and complex song-form into a fully worked-out sonata-form, in which the chorus serves as second theme, and the bariolage figures from the opening guitar solo are developed and expanded. (A minor)

11. Ohio. It was made for (and played privately at) the reunion of a select group from the Devereux School, where I attended Jr. High School and High School. I gave the public premiere, as a solo dance piece with choreography by Memphis dance teacher Karen Zissoff, on December 12, 2008. Ohio was my response to 9/11 and the ensuing Iraq-Afghan war I have changed the climactic words of the song (in my mind) to “All dead in Babylon.” As in My God, I converted the chorus into the second theme of a sonata form, and included a fully worked-out fugue on Neil Young’s theme in the development section. (D minor)

12. Wonder-Variations (Passacaglia and Fugue) is by far the most radical transformation of a song in the cycle. It is an immense structure of 26 variations on the chorus of Stevie Wonder’s Livin’ For the City. I was thinking along the lines of the Hindemith op. 31 #4 or the final passacaglia of op. 11 #5 final passacaglia. It is in five sections (the second in strict inversion) and includes a fugue and cyclic recalls of most of the earlier etudes. The verse of Wonder’s song (set in counterpoint to the theme) is retained as coda. (G major)